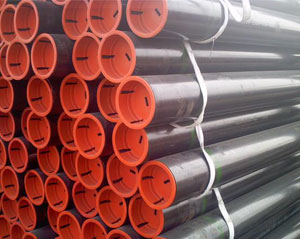 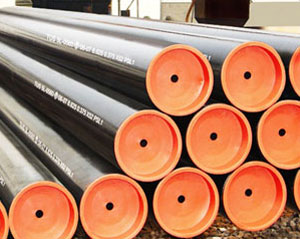 ASTM A672 C60 CL22 is an Electric Fusion Welded Pipe made from carbon based stainless steel. The ASTM A672 GR B60 is a standard electric fusion welded pipe specification which is used in high pressured applications at moderate temperatures. The alloy of astm a672 vs a106 pipes includes alloyants like phosphorus, sulphur and manganese. The tensile strength of the astm a672
pipe could be up to 620 Mpa and its yield strength could be a maximum of 260 Mpa. While its elongation percentage could range anywhere between 21% to 25%, depending upon its grade.

The industries that use the a672 c70 class 22 pipes are - speciality chemicals, chemical equipment, petrochemicals, condensers, heat exchangers, gas processing, pharmaceutical & its equipment, sea water equipment, off-shore oil drilling companies, pulp and paper industry. The astm a672 b70 can be manufactured by hot-rolling, heat-expanded or cold-drawing.

These pipes have excellent mechanical properties like its tough construction and precise dimension. The astm a672 gr b60 equivalent pipe is very durable and is known for its high resistance to corrosion. The corrosion of the astm a672 b65 is further increased by its surface treatment. The surface of the astm a672 b60 pipe can be treated or coated with varnish, black or coloured oil paint, anti-corrosion oil. Similarly, when the astm a672 a55 pipe is processed via hot or cold galvanization, the zinc layer formed on the pipe increases its resistance to atmospheric corrosion. Heat treatment may be given to the astm a672 material pipe on the basis of consumer requirement.

The available forms for the a672 c65 class 22 are rectangular, hydraulic, round and square. The ends of the astm a672 c65 pipe could be protected by a plastic cap on both ends. Or they could be plain, bevelled, threaded, grooved or square cut. The astm a672 specification pipes could also have coupling ends.

Pipes for pressure service ASTM A672

Maximum working pressure of ASTM A672 Pipe at temperature 400°F

Chemical Composition of A672 Pipe Supplier

Pipes for pressure service ASTM A672


ASTM A672 Pipe Price in India

Tycoon piping is proud to bring you a wide inventory of A672 pipe, Call now to get ASTM A672 Pipe free sample