Difference Between Seamless And Erw Pipe 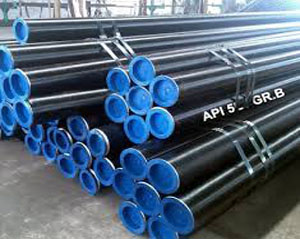 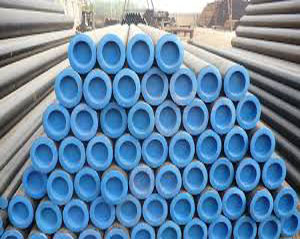 All Carbon steel pipe such as Casing pipe and Tubing pipe made to API specifications uses seamless or electric-weld supplying processes. There are many Differences between Seamless & ERW Pipe. The main Difference is that the Seamless Piping is suppliers by hot-working steel or, if necessary, by subsequently cold-finishing the hot-worked product to produce the desired shape, dimensions, and properties. The welded seam of electric weld pipe is heat-treated after welding to a minimum temperature of 1,000°F or processed so that no untempered martensite remains.

Such differences of erw are usually eliminated if the electric-weld tubing is heat-treated by the quenched-and-tempered process, which is mandatory for API grades L80, C90, T95, and P110. Electric-welded pipe has one longitudinal seam formed by electric-induction or electric-resistance welding without the addition of filler metal. The edges to be weld seam are pressed together mechanically, and the heat for welding is generated by the resistance to flow of electric current.

In both methods seamless and erw, raw material is first cast into ingots. It is then made into a pipe by forcing the edges together and sealing them with a weld or stretching the steel out into a seamless tube. While it’s true that erw pipe does include a seam that makes it supplying techniques, theoretically weaker and quality assurance regimens each have improved to the extent that welded pipe will generally perform as desired when its tolerances aren’t exceeded.

While the apparent advantage is clear, a critique of seamless piping is that the stretching and rolling process produces an inconsistent wall thickness compared to the more precise thickness of steel sheets destined for welding.The pipe is formed by the seam of the tube and moving the cut coil through a series of rollers is then welded in a chemically neutral environment. In a welded pipe, the seam or the weld-joint is the weaker part of the pipe limiting the strength of the pipe to the strength of the weld-joint. Generally, the process of supplying weld pipe begins with the rolling of a steel coil to the desired gauge thickness to form a flat strip. To produced the flat strip is cut to the width that corresponds with the size of the pipe.